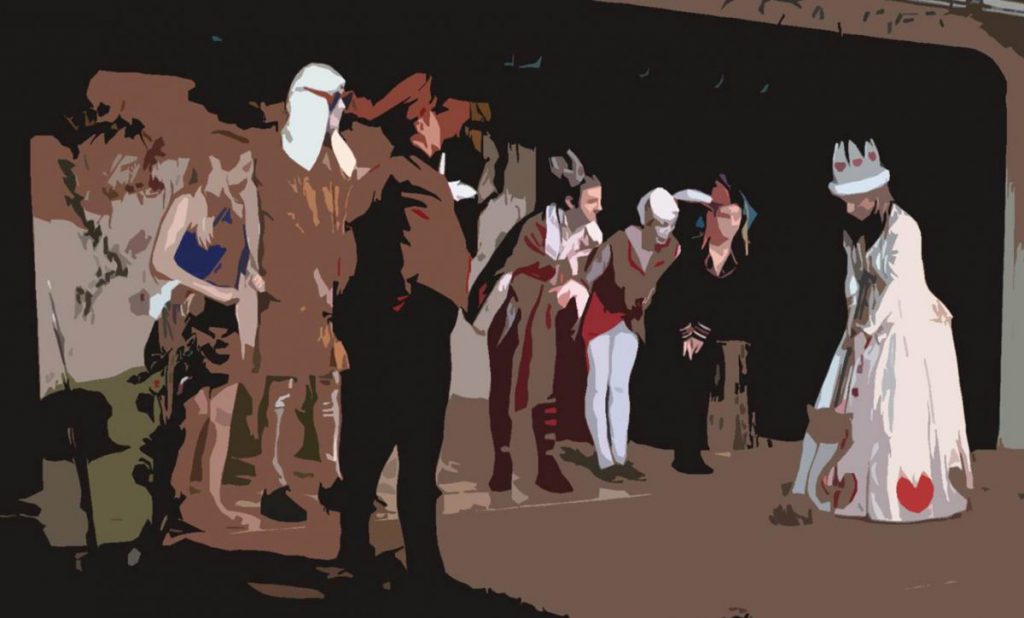 In staging ‘Alice in Wonderland’, we tried to be as faithful as possible to the lines and atmosphere of Lewis Carroll’s classic story, the exception being the inclusion of the Wasp. ‘The Wasp in the Wig’ was the chapter Carroll was persuaded by Tenniel, his famous illustrator, to omit from the book, as he thought it not up to scratch or, as some believe, simply didn’t want to illustrate it. It came to light in 1974 and we found an article in an old Sunday Times Magazine supplement and decided that it would be fun to incorporate it into our script. This may even have been its world premier!

Although we tried very hard to keep the staging of this show imaginatively simple, we found that it often became strangely complicated.

‘Alice’ has stood the test of time; there have been many film and stage adaptations of the story, and many different interpretations. I like to think that Carroll wrote ‘Alice’s Adventures in Wonderland’ to entertain. It is, among other things, a celebration of nonsense to be enjoyed by young and old alike.