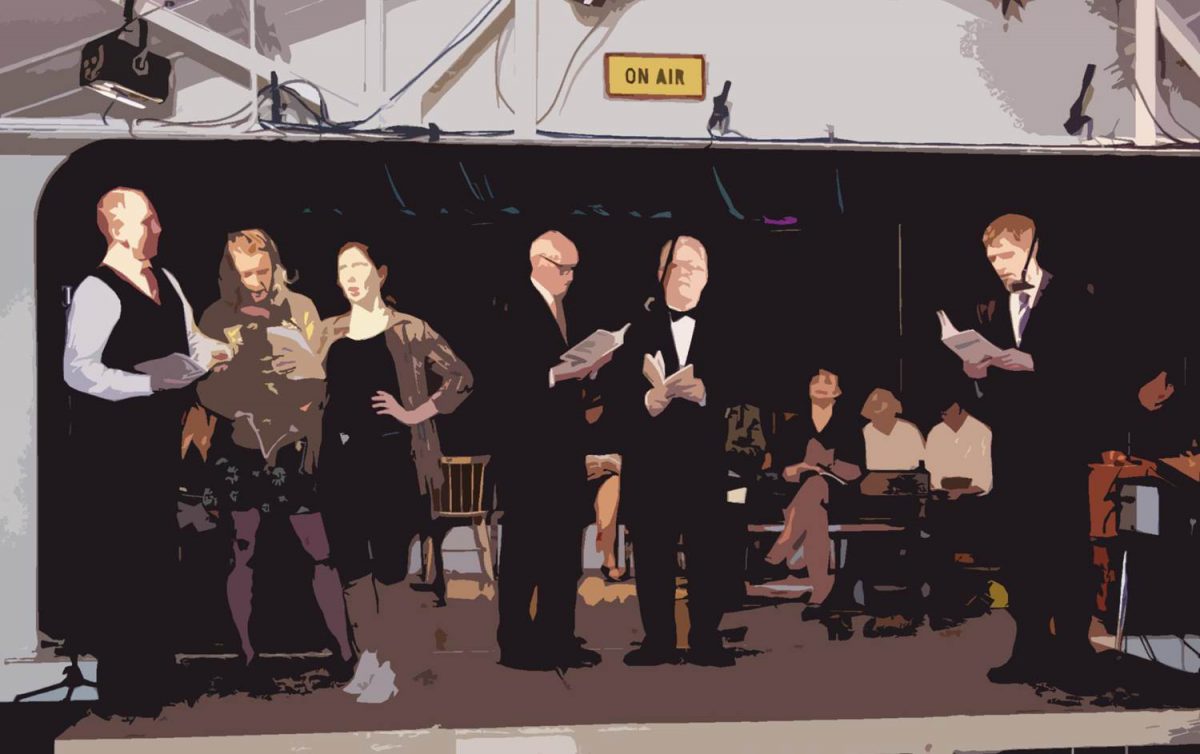 Alfred Hitchcock is perhaps the best known and most influential filmmaker in the world, but most people know his later works as the director of Psycho and The Birds. There is, however, a formidable Hitchcock of a far older vintage: Hitchcock before he went to America, before he met Cary Grant and Grace Kelly.

This play, set in America in the 1940s, provides a behind-the-scenes look at a live radio broad-cast of two of Hitchcock’s films, ‘Sabotage’ and ‘The 39 Steps’,featuring spies, murder, love, a train chase and other storytelling elements that have become synonymous with the master of suspense. Hitchcock’s thrillers weren’t devoid of humour and American playwright Joe Landry, who has adapted these two films for the stage, has skilfully balanced Hitchcock’s playfulness with the macabre, in the hope that the audience will be able to smile and laugh as well as sit on the edge of their seats.

Each cast member plays a 1940s radio actor who is on stage for the duration of the play. Each actor has their respective character – or characters – at various times interacting with the stage manager, playing and ‘voicing’ a character from the play at the microphone, sitting and waiting for their next cue, communicating with other characters, creating vocal effects or studying the script.

The plot is accessed almost entirely through sound, although it blends many layers, including the visuals, that make it such a clever play. Some of the cast will also produce the inventive and outrageous sound effects,1940s style, to recreate the sounds of shootings, stabbings, ticking clocks and a donkey, to name but a few. We discussed what sound a stabbing might make, starting with a water melon and progressed through carrots and marrows to some other vegetable. At times the sound effect table has looked suspiciously like a greengrocer’s stall!

Microphone technique has proved a difficult new skill for us to master. Following our marathon dress rehearsal weekend, one of the cast said to me, ‘We thought we were in for an easy ride this year, but now we know otherwise!’