200 years ago, two young German librarians by the names of Jacob and Wilhelm Grimm published a collection of tales that would become one of the most famous and influential works of folklore in the world.

Derived from folk tales that had been part of the oral story-telling tradition for centuries, these stories have been adapted, renewed and retold for each generation. They are not, strictly speaking, ‘fairy tales’. They are about families and how they reacted to the difficult conditions under which they lived at the time. 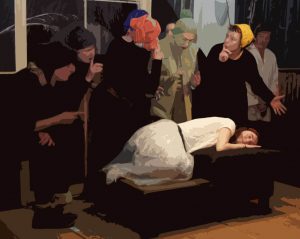 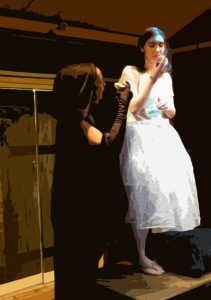 Fast forward to Carol Ann Duffy and her brilliant adaptation of fifteen of the tales that interweave her skill with words into the original pared back tales. When we discovered that they had also been performed successfully by the Young Vic, we thought we might have a go! 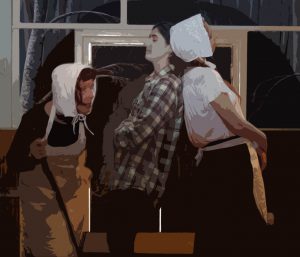 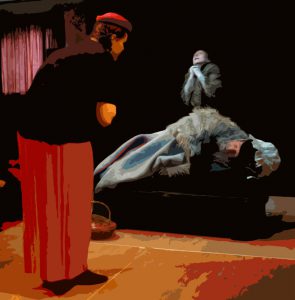 Selecting the best tales from the fifteen adaptations was one of our hardest decisions. Were some of them too long or short, too frightening for children, too obscure or too hard for us to stage? Eventually, we whittled it down to six, three better and three lesser known stories. They contain a mixture of everything; fear, cruelty, bawdiness, comedy, magic, domestic violence and huge anxiety. One or two take you to the edge of terror and pull you back at the last minute. But they all have happy endings.

HAMS performed six of the stories:

The Musicians of Bremen

The Magic Table, the Gold-Donkey and the Cudgel in the Sack